Polytrauma is a leading cause of death in developing country like India. Although during the last decade, India has developed in science and technology to great extent, still we need more development in condition of Roads and Traffic. Every year there had been thousands of death resulting from high velocity impacts. In our experience motor bike accident is a major cause of death resulting from polytrauma in our country. 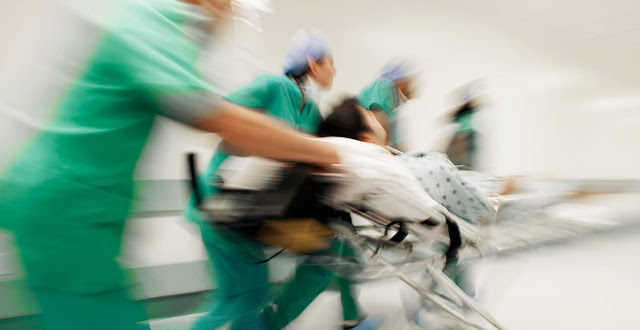 Polytrauma’ is a medical term which is defined as a clinical state following injury to the body leading to profound physiometabolic changes involving multisystem. It is also defined as –

As an Orthopedic surgeon, we have to deal with many trauma patient in our hospital every month. Fracture of limbs is most commonly found damage which occurs from high velocity injury. Patients of younger age group are most common sufferers from road traffic accidents. Head injuries are commonly associated findings we frequently deal with.  Emergency team has to stabilize the patients once they enter the hospital.

All said and done, the impact of polytrauma on patient and their family both financially and psychologically in most of the time is irreparable. Best way to solve this problem is to prevent polytrauma. Awareness amongst public and society regarding need of wearing helmet, avoiding over speed, wearing seat belt, avoid phone while driving, to follow traffic rules are very important steps. Young people are most vulnerable group to suffer from polytrauma following road traffic accident. There should be frequent interaction between experts and young age groups at school or college levels so that all grow as a responsible human being to the society. Strict rules and punishments should be enforced to the breakers of law. Technology should be properly used to limit speed of vehicles.

As a medical professional it gives us immense pleasure to see one patient returning to normal life after being treated for polytrauma. But rather than this, it’s very difficult to accept the loss of a person following trauma and the impact it leaves to family and friends. The essence of safety and prevention of trauma is to live healthy.